Judging from her two live releases, this and 1995’s Road Tested, everyone’s favorite slide-guitar-playing, rootsy redhead loves working with other musicians. Generally known for raising the visibility of older blues and R&B legends such as Ruth Brown and Charles Brown, she invites more contemporary stars Ben Harper, Norah Jones, Keb’ Mo’, and Alison Krauss along for this set. Recorded during a September 2005 evening, this slick CD/DVD package catches Raitt and her muscular four-piece on tour supporting Souls Alike. Perhaps not surprisingly, the setlist is heavily weighted to that album, with nearly half the selections drawn from the disc. Although those songs are well played, they don’t differ markedly from the studio versions. It would have been more interesting to cherry-pick older, more obscure material from Raitt’s extensive career. Regardless, the duets work well in a restrained VH1 way, with Harper the highlight as he lays into the gospel “Well, Well, Well” and the double-barreled slide showcase “Two Lights in the Nighttime.” Raitt’s in fine fettle throughout, slinging stinging slide solos and singing with her usual emotional fervor.

VH1 Classic Decades Rock Live! Presents ‘Bonnie Raitt and Friends’ features the legendary singer/guitarist teaming up with some of music industry’s biggest acts (including Norah Jones, Ben Harper, Alison Krauss and Keb’Mo’), and is something that fans will not want to pass on buying.

VH1 Classic presents Decades Rock Live! features performances by celebrated artists from rock to soul who have influenced popular music over the last 50 years, as well as performances from some of today’s hottest recording acts who have been inspired by these legends.

This concert was recorded on September 30, 2005 at the Trump Taj Mahal in Atlantic City, New Jersey.  The celebrated artist in this case is Bonnie Raitt.  She is joined by special guest stars Norah Jones, Ben Harper, Alison Krauss, and Keb’Mo’.

In a truly nice feature, they also include a DVD of the concert.  The concert runs 1 hour and 23 minutes.  You can play the full concert or select the individual songs that you want to hear.  You also have the audio choice of PCM Stereo or Dolby Digital 5.1.  The concert also features 6 performances that are not on the CD.

These include ‘Papa Come Quick’ (featuring Alison Kraus), ‘No Getting Over You’ (featuring Keb’Mo’), ‘Crooked Crown’, ‘Trinkets’, ‘Hear Me Lord’, and ‘Tennessee Waltz’ (featuring Norah Jones).

The DVD is not bare bones and actually has some special features.  These include interviews with Bonnie Raitt, Keb’Mo’, Alison Krauss, Ben Harper, and Norah Jones. The DVD also has a photo gallery and web links.  Bonnie Raitt is her usual rockin’ self, performs several songs from her (then) latest album, and the guest performers are nice to hear.

The concert is full of energy and is really a good time.  The inclusion of the DVD of the concert is also an extremely welcome touch since they could’ve just released the CD by itself.  Fans of Bonnie Raitt can’t really go wrong in buying this release.

‘Bonnie Raitt and Friends’ is now available at Amazon. Visit the music database for more information. 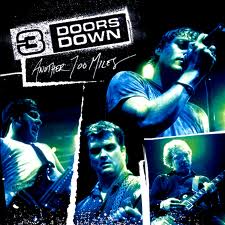 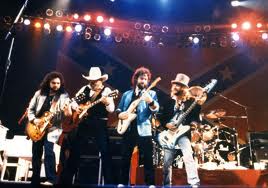