Launch Radio Networks reports: The first official performance from the reunited ALICE IN CHAINS will air tonight (Friday, May 5) on a new episode of VH1 Classic‘s “Decades Rock Live!” that pays tribute to fellow Seattle band HEART. Bassist Mike Inez told Launch about the enormous respect that ALICE IN CHAINS and others have for HEART‘s Ann and Nancy Wilson. “As far as Seattle goes, they are rock royalty,” he said. “It’s just amazing songwriting and just stood the test of time over the years, some timeless music. Just the people that showed up for this is amazing, people from Carrie Underwood to Phil Anselmo from PANTERA and everybody in between. You got your Duff McKagans playing and Gretchen Wilson, and that’s a testament of the respect that these girls really carry in this business.”

As previously reported, ALICE IN CHAINS will be joined on vocals by COMES WITH THE FALL frontman William DuVall. However, surprise guest vocalists and musicians are expected to show up at each of the five U.S. dates. 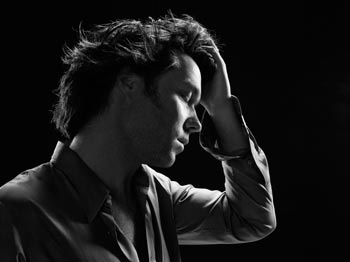 Rufus to appear on Decades Rock Live: Heart and Friends May Next