A new series of concerts planned for Las Vegas’ The Joint at the Hard Rock Hotel and Casino kicks off May 30 and will be filmed for a worldwide cinema release and distribution through other media outlets.  Opening night featuresTwisted Sister, Extreme, Skid Row and Great White. Presented by Rock Fuel Media, “Metal Meltdown” promises the biggest, the baddest and loudest metal bands over the decades.  The shows are being produced by Rock Fuel Media’s Barry Summers who has partnered The Joint/Hard Rock to bring this series to life.  The concerts will also be distributed via TV and CD/DVD releases.

Metal Meltdown’s debut lineup is especially noteworthy because Twisted Sister, a favorite in the metal world for more than three decades, announced this week that it is hanging up its rock boots next year.  The bad news came three weeks after Twisted Sister’s drummer, A.J. Pero, died of an apparent heart attack while on tour with his band Adrenaline Mob.  Twisted Sister says Dream Theater co-founder/former drummer Mike Portnoy will keep the beat on the band’s remaining shows scheduled for 2015.  Farewell shows are being planned for 2016.

All the bands on “Metal Meltdown” will deliver the goods in the form of greatest hits and crowd pleasers.  For the series premiere, Extreme will perform its 1990 multi-platinum selling album, Pornograffiti, from start to finish.

“We are very pleased to be working again with Chas Smith and Hard Rock Hotel & Casino on this rockin’ new concert series,” Summers said.  “And we wanted to give these great bands a first-class production and new platform to release all new DVD/CD consumer products for their fans to enjoy for many years to come.”

Tickets for the “Metal Meltdown” launch are on sale now.  Click here for more details. 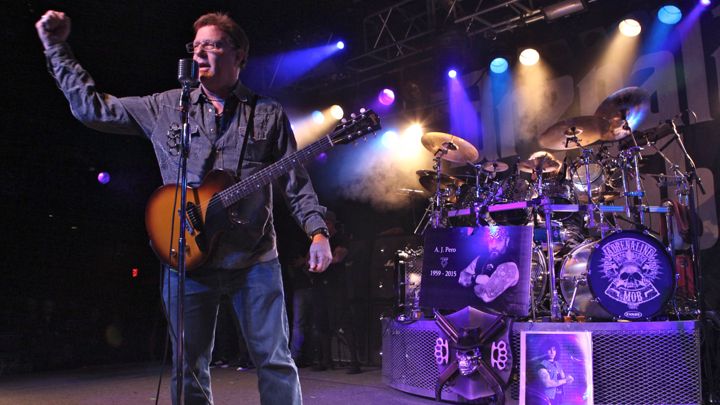