New Live Concert Series Featuring Legendary Performers Joined By Today’s Hottest Stars Set to Premiere on VH1 Classic in September 2005 First Taped Show to Star ‘The Doors of the 21st Century,’ Featuring Robby Krieger, Ian Astbury and Ray Manzarek With Special Guests Including Perry Farrell, Macy Gray, Pat Travers The Original Vanilla Fudge and Antigone Rising Artists for Upcoming Episodes to Be Announced Soon! The Guitar Center Music Foundation and the GRAMMY Foundation Partner With Series to Conduct Silent Auctions of Exclusive Decades Rock Live! Artist
Memorabilia
NEW YORK, June 1 /PRNewswire/ — VH1 Classic and World Productions are proud to present DECADES ROCK LIVE, an innovative new live concert series set to premiere on VH1 Classic in September 2005. DECADES ROCK LIVE will feature performances by celebrated artists from rock and soul who have influenced popular music over the last 50 years, as well as performances from some of today’s hottest recording acts who have been inspired by these legends. Each one-hour episode will focus on a specific artist. Artists scheduled to participate in the series include some of the most renowned names from the world of music. The first show taped will star “The Doors of the 21st Century,” featuring Robby Krieger, Ian Astbury, and Ray Manzarek. Special guests will include Perry Farrell from Jane’s Addiction, Macy Gray and legendary rock guitarist Pat Travers, the original Vanilla Fudge and hot rocking girl band Antigone Rising. The full line-up for the series will be announced in the coming weeks. DECADES ROCK LIVE will be taped at Trump Taj Mahal’s high definition television studio, The Decades Rock Arena (temporarily renamed from Mark Etess Arena for the duration of the series run), in Atlantic City, NJ beginning August 5. The music performances will be augmented with special features, such as “Decades Confidential,” exclusive behind-the-scenes interviews with artists, focusing on their career milestones and highlighting their newest releases, concert performances and other endeavors. DECADES ROCK LIVE segments will also include “Fan Factoids” from viewers sharing their knowledge of music facts and figures, incorporated as pop-up quotes and trivia in every episode. Additionally, DECADES ROCK LIVE will feature several special themed shows that will include recording acts from the past five decades celebrating a specific musical genre or period. “VH1 Classic is thrilled to partner with World Productions to pay tribute to these legendary artists and their timeless music. It’s a perfect fit for our network, which celebrates the best rock, soul and pop artists of the 60s, 70s and 80s,” said VH1 Classic SVP and General Manager Eric Sherman. “‘Decades Rock Live’ is just the type of series we look for to provide our viewers with the classic artists and concerts they love.” “DECADES ROCK LIVE is a concert series that recognizes the musical contributions made from legendary recording artists, not only for their past successes, but for their ability to change with the times and their ability to influence rock and roll for decades to come,” says Barry Summers, executive producer and series creator. “For those that want to rock, we salute you!” “Trump Taj Mahal is extremely excited to host the biggest names in the business, performing must-see unique musical events,” says Steve Gietka, VP Entertainment, Trump Entertainment Resorts, Inc. ” DECADES ROCK LIVE is a winner for the audience and artist, at the arena or in front of their television!” In addition DECADES ROCK LIVE will be broadcast in High Definition in 5.1 surround sound, and rebroadcast on a premium HD network at a later date. Fans will also have the chance to get their hands on exclusive memorabilia and special items from the artists scheduled to participate in the series. Both the Guitar Center Music Foundation and the GRAMMY Foundation will work with the show to host silent auctions. The proceeds raised will support the philanthropic missions of each of those organizations. The series will be produced by Eric Sherman, SVP and General Manager, VH1 Classic, and Barry Summers, Executive Producer for World Productions. Co-producers are Tisha Fein (GRAMMY Awards) and Terry Lickona (Austin City Limits). For more information on DECADES ROCK LIVE go to http://www.vh1classic.com. ABOUT VH1 CLASSIC Launched in May 2000, VH1 Classic is a 24-hour network that present videos, concerts and music specials all day long, featuring the best of rock, soul and pop artists from the 60’s, 70’s and 80’s, including The Beatles, The Stones, Tina Turner, Led Zeppelin, Marvin Gaye, The Who, Stevie Wonder, The Police and many more.
Learn more at http://www.vh1classic.com
For more information please contact:
Carleen Donovan KSA (212) 582-5400 carleend@ksapublicity.com
Maura Wozniak  VH1  (212) 846-7325  maura.wozniak@vh1staff.com 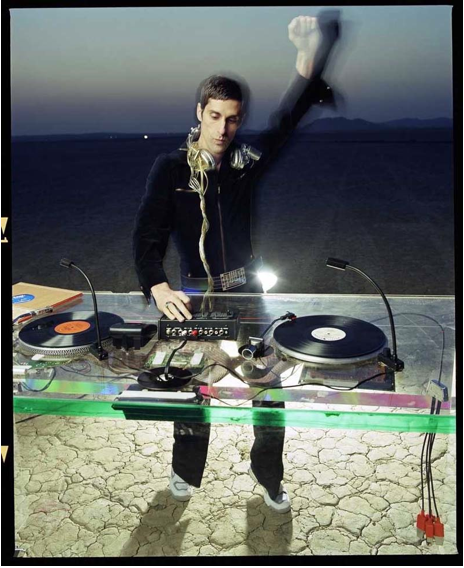