Like a lot of teenagers growing up in the late ’70s, New Brunswick native Barry Summers was a huge fan of what today is called “classic rock.” 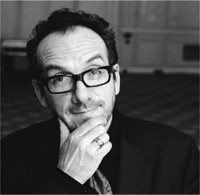 These days, music of all types is available on television 24 hours a day, usually in the form of slick, image-conscious videos. Ironically, even with all their flash and style, most music videos fail to capture the raw excitement of a live rock concert.

“There’s a lack of live concert programming on TV these days,” Summers, now the executive producer for World Productions, said in a recent interview with AC Weekly. “I felt that there was something needed in the market — a way to introduce some of the best music of the classic rock era to a new generation of fans.”

Summers is bringing the television concert experience into the new century with Decades Rock Live, a series of once-in-a-lifetime “tribute” concerts that feature legendary artists performing with contemporary artists who have been influenced by them. In addition to producing the show, Summers hosts the “Decades Rock Confidential” interview segments. The shows are filmed at the Trump Taj Mahal’s Mark Etess Arena, which has temporarily been renamed the Decades Rock Arena for the duration of the series.

Decades Rock Live kicked off last August with a tribute to the Doors. Since then, blues rocker Bonnie Raitt and ’80s pop queen Cyndi Lauper have also been honored. The shows are carried on VH1 Classic and Viacom’s InDemand network, and are also being syndicated in over 30 foreign countries to over 200 million households.

“It’s just been getting better and better,” Summers says. “We’re introducing classic artists to a new, modern generation, so we have a very high-tech set up, using multiple plasma screens, video walls, state-of-the-art graphics, and a custom designed stage with a really cool mosh pit. We’re shooting it in high-definition, 5.1 surround sound.”

Despite the high-tech trappings, the heart and soul of the show remains the performances themselves.

“The musical collaborations that we’ve been able to put together are what really make a Decades show unique,” Summers says. “We’ve created once-in-a-lifetime rock-history moments on stage that will never be duplicated. And they’ve been captured and can be shown for many years to come for multiple generations to enjoy.”

The shows have struck a chord with the current generation. All have sold out, and television ratings for their broadcasts continue to rise. Viacom will eventually release uncut versions of the concerts, along with bonus footage, on DVD.

“People know that they get a big bang for their buck when they come to see our show,” Summers says. “Where else are you going to see artists like Heart, Dave Navarro, Alice In Chains, Carrie Underwood, Rufus Wainwright and Gretchen Wilson on one bill?

“When you look into the audience, you see different generations and different types of fans. That’s what’s really cool about the show — it really attracts a wide, diverse demographic. A dad and his daughter can both be at the same concert, and both enjoy it as much.”

Record labels, artist managers, and performers themselves have also been excited by the opportunity to be a part of Decades Rock Live. Summers’ Los Angeles office receives e-mails and phone calls daily inquiring about the possibility of participating in the series.

“We really have to be selective in our process, and choose artists that have truly sustained themselves over the generations; those who have a good catalog of music that is recognizable,” Summers says. “We also take into consideration who the younger artists have been influenced by, and who they want to perform with.”

Filming only six shows a year also helps maintain quality, and should prevent Decades Rock Live from suffering the same fate as MTV’sUnplugged series, which flooded the market with too many episodes too soon, and eventually lost its unique appeal.

“We’re offering a pretty special package,” Summers says. “Fiona [Apple] rarely does anything like this. A lot of artists don’t really like to do tributes or things of that nature, but Decades is really something special because we’re empowering the artists and allowing them to have the creativity they want, to produce the kind of show that they want, with the kind of guests that they want.”

Summers says the process of filming the show can be “grueling.” The production team flies in early in the week of the show. The artists typically arrive on Thursday, which allows one day for a full rehearsal. On Friday, the show does a run-through and the “Decades Rock Confidential” interview segments are shot. Friday night the live concert is filmed.

While locations in Los Angeles, New York, or Las Vegas could have been chosen for Decades Rock Live,Summers’ friendship with Steve Gietka, vice president of Trump Entertainment Properties in Atlantic City, brought the show to the Taj Mahal. 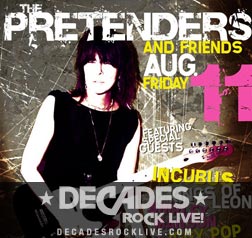 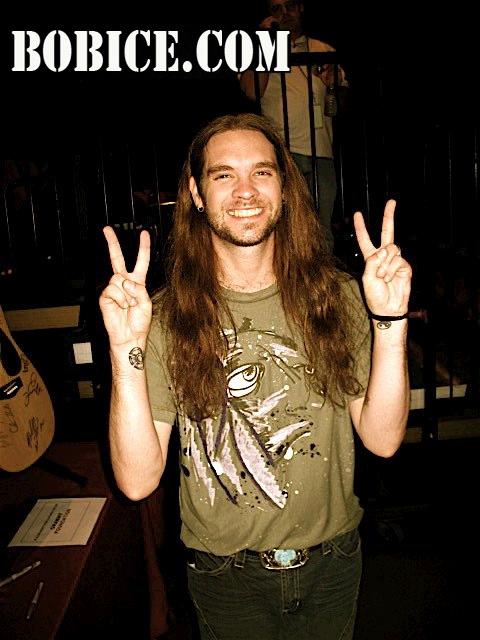 Hangin’ out at VH1’s Decades Rock Live Next