A concert that will write music history:

KORN performs an exclusive live gig featuring songs from their new album “The Path Of Totality”, with special guest performances by some of the leading dubstep and electronic music producers in the world, including Skrillex, Excision, Datsik, Downlink, Kill the Noise, and 12th Planet. This exciting live event also features KORN playing all their classic hits too. The result is this once in a lifetime concert film, which is something completely new, yet utterly and definitively KORN!

“Live At The Hollywood Palladium” was produced by Rock Fuel’s Barry Summers. It captures KORN’s unique live show on film like never before. The combination of art and science, technology, emotion, and explosive theatrics elevates this live concert to technological rock mastery!

Their debut album “Korn” was released in October 1994. The band followed up with their second piece of work, “Life Is Peachy”, two years later. “Follow The Leader” then became KORN’s mainstream breakthrough, peaking at number one on the Billboard 200 in August 1998, along with the following album “Issues”, released in November 1999. The band released “Untouchables” in June 2002 and released “Take A Look In The Mirror” in November 2003.

Their first compilation album “Greatest Hits Vol. 1” was released in October 2004, concluding KORN’s contract with Epic and Immortal Records. They signed to Virgin Records, releasing “See You on the Other Side” in December 2005, and an untitled album in July 2007. KORN’s latest albums “Korn III: Remember Who You Are” and “The Path of Totality” were released in July 2010 and December 2011, respectively. To this day, KORN has sold 35 million albums worldwide and has earned two Grammy Awards out of seven nominations (for “Freak on a Leash” and “Here to Stay”).

KoЯn: The Path of Totality Tour- Live out now! Previous 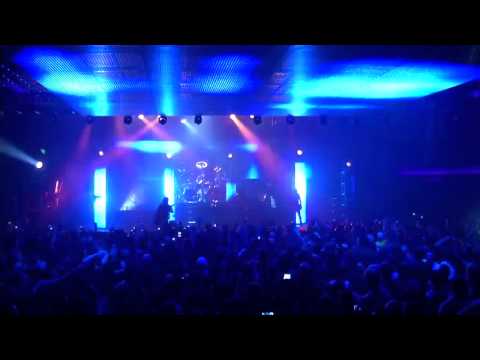