Jane’s Addiction are celebrating the 25th anniversary of their monumental album Ritual De Lo Habitual with yet another impressive project. On Ritual De Lo Habitual Alive At 25, the band is sharing a live concert experience of the entire album with the core lineup of Perry Farrell, Dave Navarro, Stephen Perkins, Chris Chaney, and the addition of 20 cameras. The massive multimedia package is set for release on August 4.

The concert, directed by Mark Ritchie (Kanye West, Madonna), was filmed at the now-demolished Irvine Meadows Ampitheatre in Irvine, Cal on May 30, 2015. Featuring a 90-minute set with the whole Ritual De Lo Habitual album and all the fan favorites mixed in 5.1 surround sound, the package offers an authentic glimpse at the band in peak form. And according to Navarro, it didn’t all come back easily.

“In preparing for the tour, I had to re-learn quite a bit of the album,” he tells Billboard. “It was inspiring to undo some of the rules we have become used to in our later years and get back in touch with a more expansive and unorthodox approach. Staying in this mindset made for an extra special celebration tour and we were oddly able to become our own inspiration…The students teaching the masters.”

The album that produced such hits as “Been Caught Stealing” and “Stop!” has always held a special place for Jane’s fans, as it marks the last time the original lineup of Farrell, Navarro, Perkins, and bassist Eric Avery assembled in the studio before their initial breakup in 1991. In the time since, the band (typically without Avery) has released two studio albums and a host of live releases and compilations, including the vinyl box set Sterling Spoon for which the band was touring when Alive At 25 was recorded. 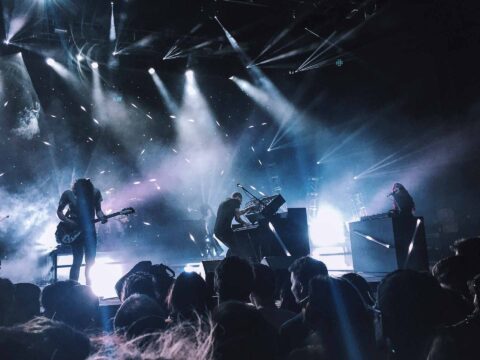