It’s The Doors’ Ray Manzarek on organ and Robby Kreiger on guitar and you can hear the hypnotizing riff of “Touch Me” build until suddenly the song ignites. “Come on, come on, come on, come on, now touch me baby,” sings Perry Farrell. Huh? Perry Farrell? No, the former Jane’s Addiction front man is not replacing The Doors of the 21st Century’s Ian Astbury. Farrell is just joining his heroes for three tunes during Decades Rock Live, a new live concert series that’s taping to premiere on VH1 Classic in September.

Perry Farrell talks about the upcoming show, the return of Lollapalooza and his new project Satellite Party.

Decades Rock Live is a new live concert series that pairs celebrated artists who have influenced popular music over the last 50 years with acts who have been inspired by them. What do you think of the concept and how do you fit into this first episode?
I love the idea of different generations of musicians getting together to play music, especially important musicians. It would be like if you have a great quarterback or a great center on a team and a draftee comes in. It’s going to take him a few years to get up to that level, but he’s got at least this legendary player who can tell him the inside things and what to look for. In the world of music, there are so many pitfalls and at the same time there are so many wonderful places to go as a musician. Just to be able to get the rub from The Doors; you don’t get any more integrity than the Doors. To be able to play with them and ride on their sound is going to be an experience. You probably couldn’t put into words the benefits that I will get and the other people will get from just being around them.

What will you sing?
“People Are Strange,” “Crystal Ship” and “Touch Me.”

With Lollapalooza becoming a destination festival this year, will you comment on how your revised format strengthened it and why you picked Chicago?
I guess you have to go back probably seven years when certain corporations were buying promoters around the country. What they did at the same time was bought property and form-fitted tours into the property using the promoters that they pretty much owned. What this did for the concert business, for myself as an independent promoter, was rather than being able to go around the country and meet different promoters and say to them, find us a great location, we really had no options but to play in amphitheatres. These amphitheatres came with deals for vendors that were pre-cut. There wasn’t much room for us to bring in the type of food and the type of extra things that we like to present to the audience.

It also price-fixed the package. Let’s say a promoter said, “Hey you can come play in my venue and I’ll pay you so much.” Because there was a monopoly around the country on the venues and the promoters, the price fix was getting lower and lower and therefore the quality of the festival was beginning to suffer. Rather than being able to say, “Hey, let’s do something crazy and build a technology gaming system,” if the overseeing corporate promoter didn’t want to pay for that, you had no money for it. It was basically just turning into like a radio show. They would pay you what they felt they wanted to pay you for the acts. You didn’t even have room to negotiate that, so a lot of times, you’d basically be doing it for free. I hate to admit it, but I have made so little money putting Lollapalooza together. It got less and less and less to where the last year we were going out, there really wasn’t a chance to make any money at all because the promoter had us by the balls.

So what I decided to do is look for our own location. I was very lucky and found a private backer, yet another independent promoter, one of the very few left in the country. There’s probably less then five…What we did was we teamed up and we looked for our own location and decided to refine Lollapalooza. Lollapalooza was in its day, the first traveling festival. In 1991 it started all the other traveling festivals. It was a wonderful concept and the country really loved it, but it was a different time. There was not the monopoly that there is today, so we changed the model and we went to a location and built it ourselves and you know what? It has proven to be a very good idea.

After last year’s cancelled show, how excited are you to have it back?
It was beyond my expectations. I honestly didn’t think I would ever do another Lollapalooza. As you know, the way things are with the monopolies and the corporations, once a tragedy happens to you in the business world, it’s very hard to regain your footing. I almost believed it myself.

You were able to maintain the festival’s integrity and bring atmosphere back.
I think we have more integrity than we’ve had since probably 1994 now because we look over everything and locations are wonderful again. We’re paying for the groups that we want and I think that you feel it. It’s kind of like home cooking. You’ll taste the different.

Tell us about your new project Satellite Party.
Satellite Party is being developed into a play that will eventually become a feature film. As I was writing this, I had the good sense to realize I needed a musical partner in this and I sat down with this amazing musician, Nuno Bettencourt, who’s just one of the great guitar players of our day. I don’t know if you’ve heard him?

He’s formerly from Extreme?
That was his band back in the eighties and this guy is just as far as guitar, you ask guitar players about Nuno and there’s agreement that he’s just a great player…The music of Satellite Party is sounding even better than I would have expected because we have a somewhat difficult arrangement in that we work with electronics. We play with sequencers and things like that and that’s not an easy thing to pull off and really play. There are people who play with sequencers who really don’t play. Then there’s people who can’t play with sequencers. We are doing a wonderful job and it sounds powerful and I’m starting to move like I did in the day. A great sign for me…The people who have helped me to write the Satellite Party are Fergie from Black Eyed Pea who came in an sang on probably three tracks. We have Flea, who has written probably four songs with me. John Frusciante wrote one with Flea and I. The core is just Nuno and I…I’d love to see the music tour for a time, but I’d absolutely like to see within three years it become a feature…I really want to create something that will be in the future for all times sake a classic and so that’s what I’m looking for from the Satellite Party. It’s a beautiful story and the music’s beautiful too. I want it to come to fruition and be something that changes the perception of people. Maybe it even opens up a paradigm in thinking of mankind. Jim Morrison has something to do with it?

How does he inspire you?
Jim Morrison opened paradigms and was a classic. Not just Jim Morrison, but the Doors. They’re still here and as far as I’m concerned I could count on one hand the greatest modern groups and composers and on one of those fingers has got to be The Doors.

I saw you speak at Pollstar’s Concert Industry Consortium last year and you talked about how “everyone is an artist at one time.” You talked about how the artist is one who “continues to believe he can self-decorate the world.” What does being an artist mean to you today and how do you balance that with being a business man?
The artist in a way has an edge on life in that he really sees the depth and the realities even further than most people, but the problem with that is you get to see how pathetic human beings can be at times and how cruel and how brazen and just the lack of regard human beings have for each other, so they’re blessed, but they get cursed because their lenses are so clear. Then at the same time, they are very much overlooked because people just consider that what they created should have just been there or was there. They don’t realize what it takes to get it there. It takes your imagination, your time to pull it out of your mind and either put it to paper or record it to tape or digital. So they’re not appreciated. This is what I think really kills them. It’s the guy who in school might be wearing the letter jacket (who in probably five years is going to be working for an insurance company nonetheless but has got bigger muscles).

Unfortunately, I see this in music too. That person gets all the girls if you know what I mean. Artists understand their own value and at the same time they realize that others don’t. So the artist has to kind of suffer through life.

On being a business man and an artist then?
You have to really balance that out. What I like is I like to become clever. There’s a lot of ways you can get exposure. People may say all press is good press. I disagree with that quote. You don’t want to be known as the person who’s got something really cheesy. You don’t want to be known as the person who sold out. You want to be known as an author. You “authenticate” something. I feel that you go to your strengths and you create something that will turn peoples’ heads and that’s how you do it. You become ingenious, rather than following what’s going on and cashing in on things or stooping away from what your God-given talent is. You create something that will be a classic.

Originally published in The Aquarian Weekly 8/3/05. 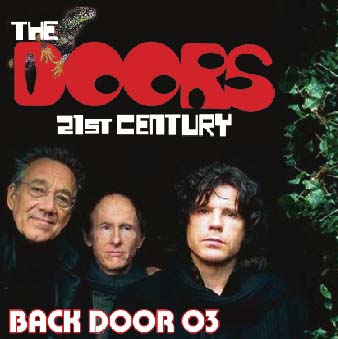 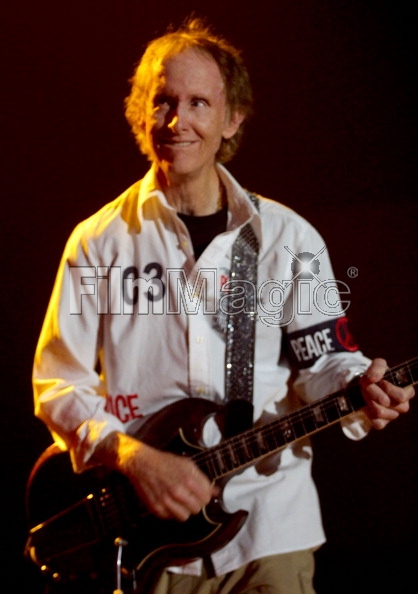